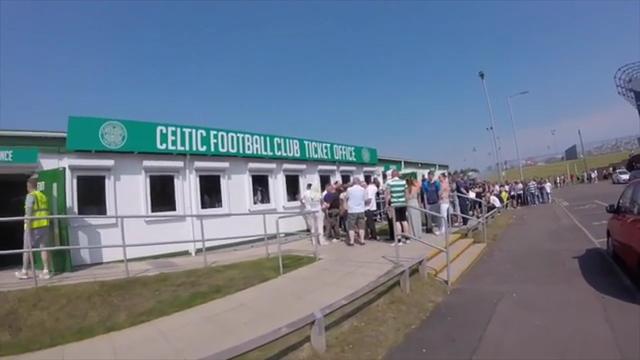 The Celtic Trust has, over the last month or so, been in discussions with the Club regarding arrangements relating to the truncation of the 2019-20 season and the implications for the value of the season ticket, as well as the arrangements for next season.

We understand that as a well-run, successful organisation, Celtic is in a better position than many clubs in Scotland to weather what will undoubtedly be a difficult economic period.  However, it is also the case that Celtic’s financial commitments are greater than most clubs and it will not be immune to the economic impact of Covid19.  On that basis, we support the club in asking those season ticket holders who can afford it, to forgo the refund of a portion of their 2019-20 season ticket price.  We are clear, as was the club in our discussions, that supporters are absolutely entitled to take the refund and it is an entirely individual decision for each supporter given the financial impact of the lockdown on many families.

The arrangements for obtaining the refund (ie having to print out a form, post it in and receive a cheque in return) have caused a great deal of disquiet among the support and we have been in discussions again with the club to suggest they change this to a more manageable and easy system.  We suggested that an email be sent to all season ticket holders with a link to an online system of application.  We also offered to post an editable version of the application form so that season ticket holders could download it, fill it and email it back.

Unfortunately, the club has informed us that they have a system which is ‘working well’ and won’t accept emailed forms.  However, in order to support those who wish to obtain a refund we are providing the link here [http://www.celticfc.net/refunds].

Moreover, we have been advised by the club that those unable to print out a copy of the form can have one sent to their address by emailing the club at this address:  refundenquiries@celticfc.co.uk .